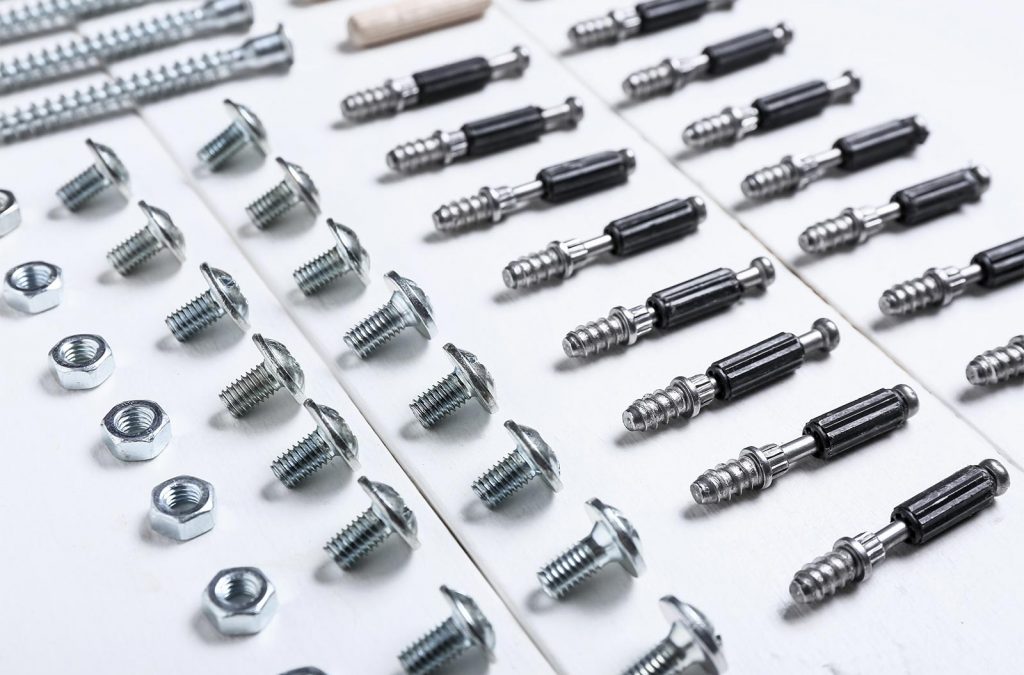 An externally threaded fastener that has a thread form that prohibits assembly with a nut having a straight thread of multiple pitch lengths is a screw. (example: wood screws, tapping screws.)

A screw is a fastener capable of being inserted into holes in assembled parts, mating with a preformed internal thread or forming its own thread, and being tightened or released by torquing the head.

An externally threaded fastener that is prevented from being turned during assembly and which can be tightened or released only by torquing a nut is a bolt. (Example: round head bolts, track bolts, plow bolts.)

Internal threads refer to those on nuts and tapped holes, while external threads are those on bolts, studs, or screws. Threads can be produced by either cutting or rolling.

Cut threading is a process by which steel is cut away from a round steel bar to form the threads.

Get In Touch With Us